What is a Prologue in a Book? 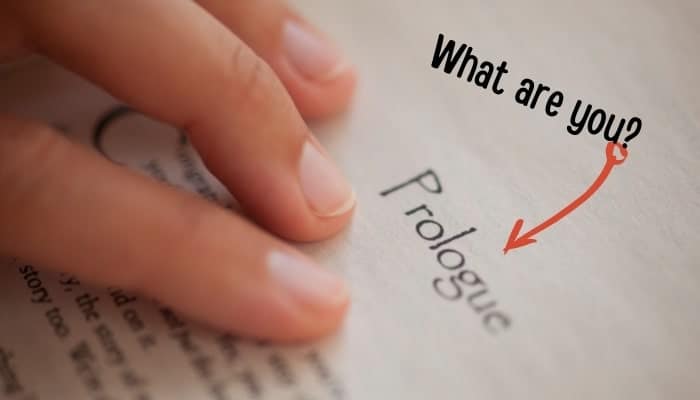 ‘I don't care who you are, where you’re from, what you did, as long as you love me.’

I have to confess; it took me an unreasonable amount of time to decide whether I should start this article by referencing the Backstreet Boys or not. Then I realized the rest of my confessions in this article were even more embarrassing than quoting BSB!

Why did I decide to shamelessly exhibit my lame taste in music like that? Well, Backstreet Boys shared a lot of wisdom regarding what is a prologue in a book… by the way, is that song also stuck in your head now?

As a teenager, from my shallow, perverted point of view, I couldn’t agree more. I wouldn’t care where she was from or what she did. She could’ve been a fugitive running from the law, a murder suspect, or an escapee from a mental hospital. I wouldn’t care less! As long as she loved me (even just for the night).

In my twisted teenage mind, I didn’t need to know much about this girl. I didn’t need a prologue from her. If she had knocked on my door coincidentally one night while it was raining and my parents were not home, I would’ve let her in without asking questions. Our dim candle-lit shadows would’ve danced closely on the wall while a satin curtain slowly moved in and out of frame. Ah, teenage fantasies…

Later in my life, rejection and disappointment had already started carving my new perception of love. Reality had slowly replaced this fantasy, and it wasn’t pretty. The bright-eyed buck with the swag in his walk had turned into a jaded, dirty possum that snarled and hissed at passers-by.

Now, if that same girl showed up, it would be a different story. I would care where she was from, and what she was doing here? I would care what she did too! I would interrogate her like a prisoner just to get more information!

As you can see from the two equally pathetic scenarios above, sometimes a prologue is required and sometimes not. Let’s take some time and inspect this topic the same way I would that out-of-my-league-girl who showed up on my doorstep in the rain.

1. What is the difference between an introduction and a prologue?

The word prologue is derived from the Greek term 'prologos'. ‘Pro’ means forward or before and ‘logos’ means word or plan. Combined, it literally means ‘words before’. So now we know the position of the prologue. It is at the beginning of the book.

An introduction would also be at the beginning because it introduces information to the reader. ‘Nothing new there, Captain Obvious!’ But what is the difference between the two, and why would we give different names to essentially the same thing?

Although they both exist at the beginning of the novel, and they both provide supplementary information, there are noticeable differences.

A prologue is mostly written from the perspective of one of the characters and gives the reader a window into this new world and helps to for what is to come. For instance, if your main character exhibited self-sabotaging tendencies when it came to love, an appropriate prologue could be a scene where she, as a child, saw her dad argue and walk out of the house. It is usually a little removed from the main story.

A good prologue serves as supplementary information that gives depth to the story but also creates curiosity and could serve as a hook. It doesn’t need to take a position on the timeline before the first chapter. It could also be a blink into the future.

Most of the time, if there is a prologue, there is an epilogue too. But this is not the case with an introduction. We will talk more about this later.

An introduction sets the stage for the reader and also serves as an informative bridge to chapter one and the opening scene. It provides information about the characters and their world and creates interest in the new world. It is often used as a hook and then it smoothly transitions into chapter one. 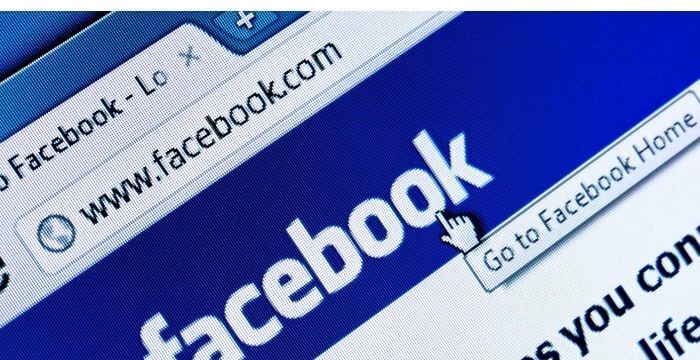 Our supportive online tribe is the best place to connect with other indie authors just like you. Come and share your success and help overcome your challenges to find more readers for your books.

2. Does a book need a prologue?

This is a hot topic amongst writers and the question is bound to elicit debate. If you didn’t scroll past my terrible Backstreet Boys analogy, then you would know by now that a prologue could be necessary or not. It is up to you.

The main purpose of a novel's prologue is that a prologue should not be an information dump. Maybe you had lots of information that you wanted to share with the reader, but you couldn’t figure out where to put it, so you threw it in the prologue.

Let’s compare this information with manure. Manure is essential for your garden and when it is worked into your soil properly, you won’t even notice it. You would only see the plants grow beautifully. Now, take this same amount of manure and dump it on your porch. Do you notice the difference?

The belief that an agent won’t even read your book if they see a prologue is false. They would probably put your book down if it is a bad prologue that is primarily an information dump though.

Sometimes, the decision to add a prologue might only arise at a later stage of the writing process. Perhaps during the revision stage, you realize that something is missing, and you need something extra to create additional magic and excitement. A well-written prologue could be just the thing you are looking for because, unlike conventional chapters, a prologue doesn’t have to fit into the timeline.

When done properly, the effective prologue could provide a beautiful foundation for your story, share vital information with the reader, and elicit curiosity and engagement. 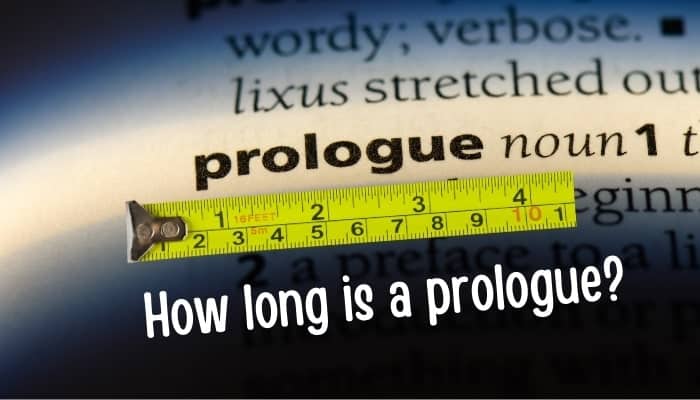 On average, a chapter in a non-fiction book ranges from 1500 to 5000 words. Of course, this may vary depending on the book but that is the average count that we will focus on for now.

The average length of a prologue is between 1500- 2500 words long. As you can see, it is a little shorter than an actual chapter. And that is the golden rule of a healthy prologue length.

The unwritten successful prologue rule suggests that if your prologue is longer than your chapters, then maybe you should rather spread the information into other chapters. It’s usually a sign that your prologue is becoming an info dump; exactly what you are trying to avoid.

Also, remember that your prologue contributes to the pace or tempo of your story. If you create a long prologue, you are delaying the timeline to the inciting incident, and it might contribute to readers losing interest.

4. Does a prologue count as a chapter?

As stated before, a book's prologue should be supplementary to your book; background detail. It should not just assume the normal flow and blend in with chapter one. If you want to do that, rather create an introduction, or make it your first chapter instead.

A prologue is purely there to give us a quick view of the new world we are about to enter, and its primary goal is to generate interest.

A prologue should never serve as a supplement to a boring first chapter. Rather work on your first chapter and do something different instead of using a prologue as a ‘pre-chapter’ to add color to an otherwise dull story entry.

Also, as stated in the previous section, the prologue should be shorter than your chapters.

5. What should a prologue contain?

You need to remember that a prologue should be crucial to the plot and that it should contribute to world-building without sounding like a Wikipedia entry. Use the prologue to show a piece of this world through the point of view of another and make it active, like a scene from a movie.

It is the ideal opportunity to use a different point of view to illustrate the environment or characters. It is the only part of the book where the readers can’t question the sanity of the writer. A prologue could be out of the normal sequence of events and from a different point of view and it would be acceptable. If you do that in a normal chapter, it might appear to be nonsensical.

A prologue is your empty canvas, and you can use it to your advantage to elicit excitement, suspense, or hook to keep the reader intrigued.

6. What's the difference between an epilogue and a prologue? 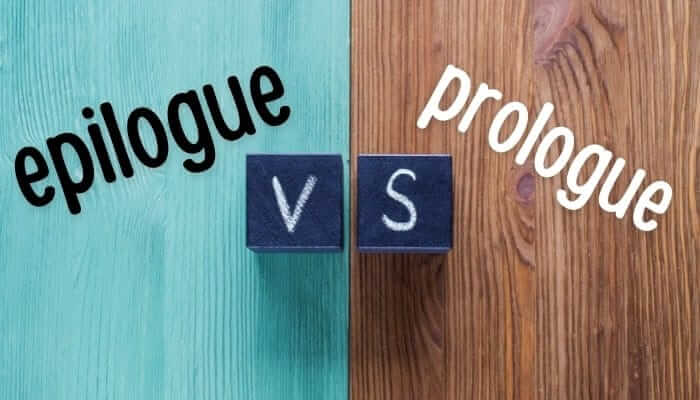 An epilogue is like a prologue, but it is at the end of the book. It takes place outside the standard-setting or perspective of the story and is set after the story’s conclusion. Remember Harry Potter sending his kids off to Hogwarts at the end of the last movie? That was a perfect example of an epilogue.

An epilogue shouldn’t serve as a story’s conclusion, but it provides a little more insight into the ending. It is a little treat to satiate any lingering curiosity we might have at the end.

If you scrolled down to the end, welcome. I am glad you scrolled past my terrible confessions of romance and music and came straight to the more important takeaways of this article.

What is a prologue, and do I need it in my book?

1. A prologue is a supplemental written piece (shorter than a chapter), at the beginning of a book that gives us a blink into the new world we are about to enter. It doesn’t have to be in sync with the timeline and should generate curiosity and elicit engagement.

2. An introduction differs somewhat from a prologue. It is in sequence with chapter one and serves as a bridge into that chapter.

3. Maybe you do need a prologue, maybe you don’t. It is entirely up to you. Not everybody agrees on the need for and importance of prologues but in the end, you can decide for yourself. As long as you don’t use it as an info dump, or it becomes just another chapter in the book.

4. The prologue should be shorter than other chapters and should be crucial to the plot. It doesn’t have to be in sync with the timeline and it could be from a totally different point of view.

5. If there is a prologue, there is usually an epilogue too. An epilogue is a section at the end of the book and supplements the ending or conclusion of the book. It is only additional information and should not serve as the actual conclusion.

Are you for or against prologues? When you read a book, do you read prologues, introductions, prefaces, etc.? Share your thoughts with us on email or social media. We would love to hear your opinion on this topic. 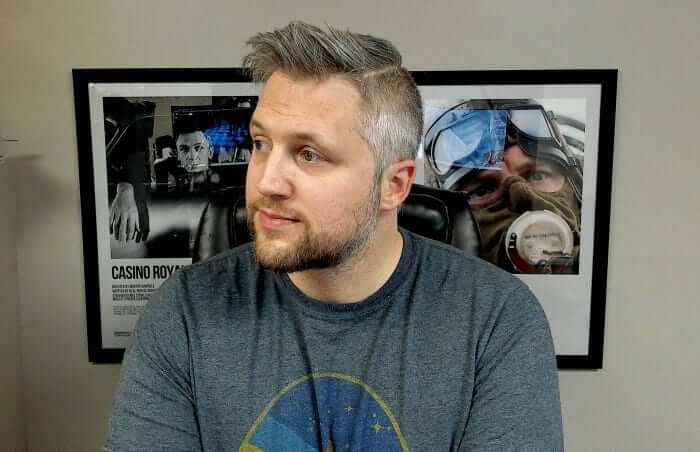 I help you feel less overwhelmed with marketing your book so you can build a loyal fanbase who will enjoy and appreciate your books.